My Eyes Hurt So Much

I have been gone for so long.

I lost interest in keeping up this blog.  I had said fuck it and walked away from it.

I was unable to be creative enough to maintain it even weekly, biweekly, monthly.  You name it.

So I walked away and said let it sit on the decaying fields of the internet to one day be seen by someone who could give more than I could.

Then I had a kid 2.5 months ago and I really forgot about this thing.  I moved my bookmarks on chrome so I would have to go hunting to find my Blogger icon.  I was through with things.


Then I was sitting here tonight and thought maybe I should toss a post up.  Maybe I could talk about something short and sweet.  See what the response would be from it.  I am pretty sure this blog has been a nest egg for bots on blogger more than human beings.

I am ok with feeding my future overlords.

I finally got a new desk for my computer.  A nice large, L shape desk.  My computer area is going to look so nice.  Hell I will finally be able to get my third monitor up and going again.

Its a nice desk that will have a lot of room and allow me to actually get work done at home.


And I see that I could have gotten a better deal on it from another store.  Almost $40 better.


Damnit
Posted by Unknown at 11:07 PM No comments:

Things That Have Occurred

You disappeared on us again!!!

That is true.  I did fall off the map but my life has been crazy hectic as of late.

We were preparing for the baby and everything.  I was working extra shifts plus my soccer teams were kicking ass so I was travelling a lot.  Then suddenly the landlord came and said he needed the place back.

So we found a new place, applied and got it, packed and moved (luckily with help from friends since the wife is preggo) all within the last 2 weeks.  The move took about 3 days.  All while I was still working my two jobs and the wife is departing for her baby shower this weekend.

So things have been crazy but I will have more posts up soon.
Posted by Unknown at 11:54 PM No comments:

Its That Time For a Weekend Update (Not SNL Style)

Going to try this out and see how it works:

I think for each Sunday post that I do I will start of with these "stats" to give just a gist of what I have played this week.  There are plenty of other games that I am currently playing, however these are just the ones I have touched this week.  Maybe even to make it "SPARKLE" we can do this:

Ni No Kuni: Wrath of the White Witch - PS3 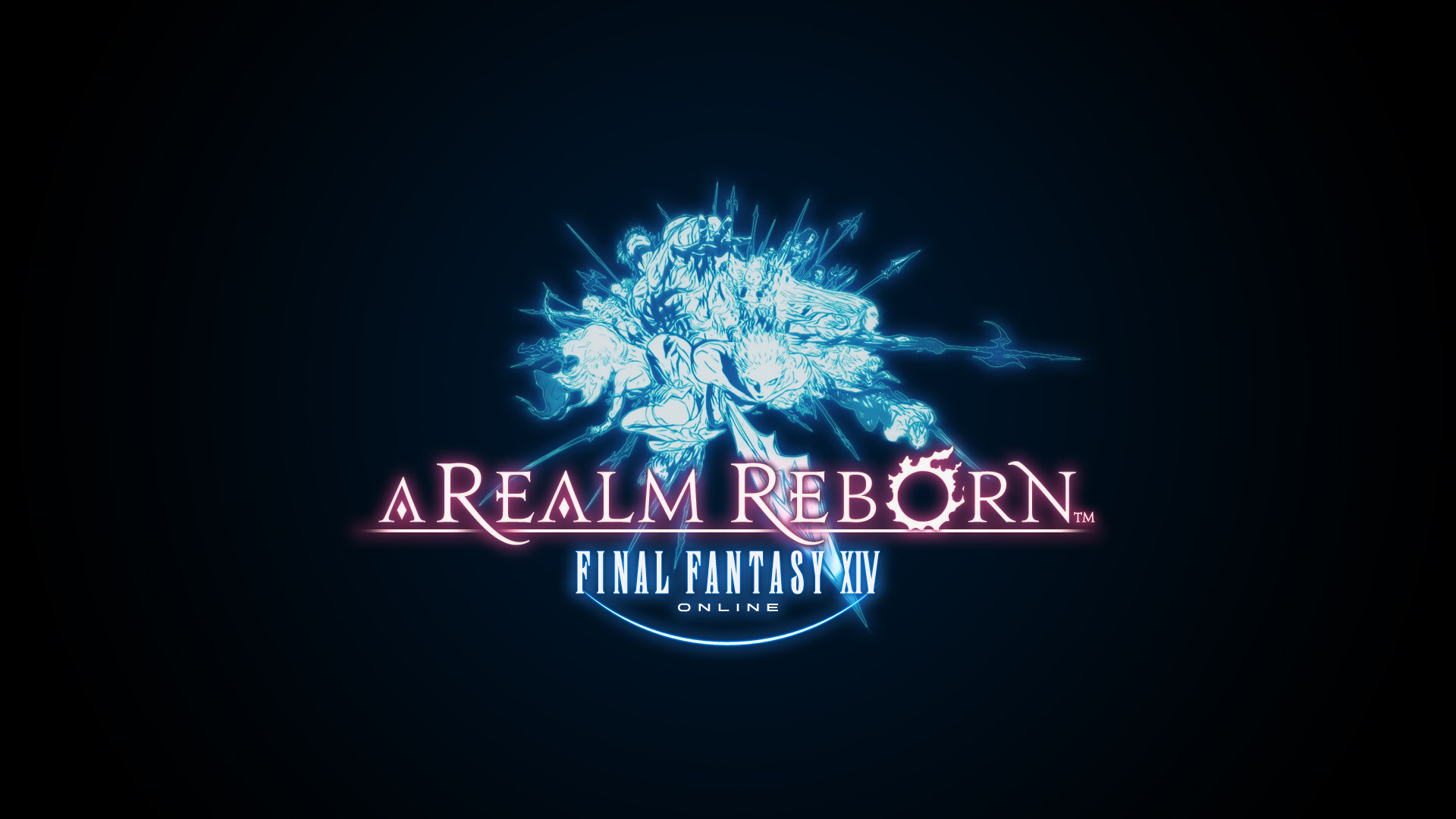 I think that adds a lot of color to the blog?  Pictures are fun!!  Some concerns that I have had is the fact that I don't put too many pictures or images in my posts, but this is usually due to me not having screenshots available for the games.  That or sheer laziness.

I think I will also start working an extra post in here or there on top of my Sunday updates.  I am debating if I should do my Sunday posts where I talk about my take on issues with games or my random thoughts (somewhat philosophical) while giving an overview of my progress through the week.  This would allow me to talk about individual games I am playing during the week when I have thoughts about them.  If it is something that I can hold myself to then I think it will work out perfectly.  My game coverages are going to decrease after tomorrow since my teams only have State Playoffs left and those are once/twice a week starting in May.  We probably won't even go that far and then I will have a lot more time to concentrate on thinking.

This post will be different though and we will start things up next week.  Today I just wanted to let you all know of these changes since I announced stuff last week.  Changes are a comin.  Let everyone know!!
Posted by Unknown at 5:50 PM No comments:

Times They Are A Changing

So my friend over at Random Nerdom changed their blog up with a new site to host, new template, and new entries!!!!  I wish them a lot of luck and I will definitely be following them.  I urge you all to do so as well.

This new change has me thinking about things as well with my life and new directions.

To announce, the wife and I are having a child!!!!

So there are changes coming.  Around August 27th.  Woooo!!!

If I go silent for awhile around then then thats most likely why.

So I am planning on changing the feel of my mission statement for this blog.  First I need to identify one before changing it I guess.  I have used this medium as my journey through my past games as only a means to talk about that experience.  I will be honest and say I just wanted to get through things so I would not feel guilty when I bought new games.  I thought this would be the best way to keep track of things on the internet and it was some cutting edge idea.  Then I found the Backloggery and thats when I realized it wasn't such a brand new thought.  So I started to slack on writing.

Then I saw that some ads had brought me a very small amount of money and I realized that maybe I could try and make some extra cash with this blog.  People do it all the time so why can't I??  Well these people are very dedicated to this and may not be working 2 other jobs and balancing family life.  So I started to slack again.

Then my wife and the We$$ suggested I should keep a journal and track my experience as I found out I was having a kid and each day passing.  I tried to do that but it didn't stick either because there were days when the mundane would happen and I didn't feel like having to write about that.

This all led me to my new vision for this here blog.  It is still going to be "Getting Through the Games", however I am going to get through them because I want to enjoy video games before the baby comes and things will be cut down in terms of my playtime and what I can play.  I am going to try my best to not do game reviews, however I can't guarantee that.  I like talking about what I enjoy with games and that element to each particular one that makes me love/loathe it.  To add to this though I will talk about how I am going to be gaming while preparing to become a father, and then eventually being a father.  I know that there are probably lots of blogs about those concepts, however different points of view and advice don't always hurt.

I am looking at changing the template to the site (you may have noticed something new) until something sticks.  I am also looking at moving it from Blogger to a different hosting site.  That decision will relate to traffic and revenue brought in.

I am going to make this endeavor easier to read and enjoy but that will take time and I ask please for your patience and support.  Things will get better from here!
Posted by Unknown at 11:27 PM No comments:

I think I am hesitating to play one game in my collection the most out of any of the others.  I have made a lot of headway in my handheld collections on the 3DS and the PSP.  With my PSP I only have 4 games that I need to finish, and I am currently playing one of them now, Star Ocean: First Departure.  When I was trying to figure out which would be next on my PSP from the list I went with Star Ocean because I was timid to play the one game.

I think I am worried that a game that I hold as my personal favorite in the entire series won't be as great as I think it is.  I love FFVIII.  I love FFIX and FFVII (thats right, in that order).  But I consider Final Fantasy VI to be the one that hits me right in the heart.

Its the one I first played and stuck with me when I was young.  I rented it over and over again for the SNES (it was FFIII then), just like I did with Mega Man X2.  I did not get that far into it when I was young.

I tried again when I bought the game as part of the FFV and FFVI collection (Final Fantasy Anthology), yet still I ended up only getting to the same point (which I believe was after the opera house).

I then picked up FFVI on GBA and went farther than I ever had.  I made it maybe 2/3rds of the way through the game, but then put it down.  Not for a specific reason but something in me just wanted to put the game down then and there.  I had the guide and knew exactly what was going on and what I needed to do, yet I just could not commit to it.  I ended up most likely playing Pokemon or something which distracted me more than anything.

Recently after getting a gift card for the Playstation Network I picked up FFVI on the cheap during a sale so I could play on the PS3/PSP.  I have it sitting on my XMB on the PSP right now but I have yet to start it.  I have my guide all ready to go and play it from the beginning, but I just can't push the button.

I am not afraid to play the game from the beginning.  I can't wait for that.  I can't wait for the level grinding and the exploration of such a superb game made almost 20 years ago that it still is listed in the annuals as one of the greatest RPGs and Games of all time.

I am just afraid to live this adventure and not be able to spend the time with Terra, Locke, and company again like the first time.  Its exciting knowing how the book begins and how it goes through the middle, but if you never get to the end you can still revisit things with that same sense of newness each time with the addition of a page here and there.  I don't think I want that to end.

However we all have to grow up sometime and not be afraid of that which does not hurt us.  So I promise that once I get through Star Ocean: First Departure I will get my life ready to accomplish a feat 20 years in the making.
Posted by Unknown at 8:57 PM No comments:

Other Sites to Check out